State of the Hill District 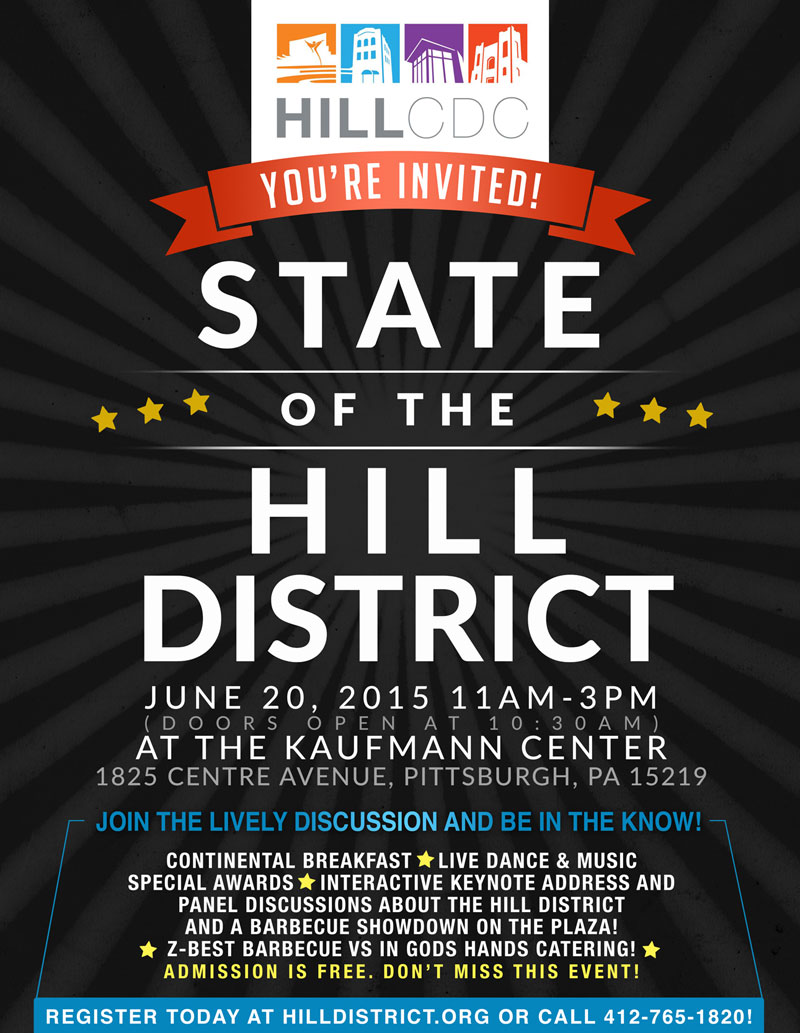 Register for June 20th, State of the Hill District! 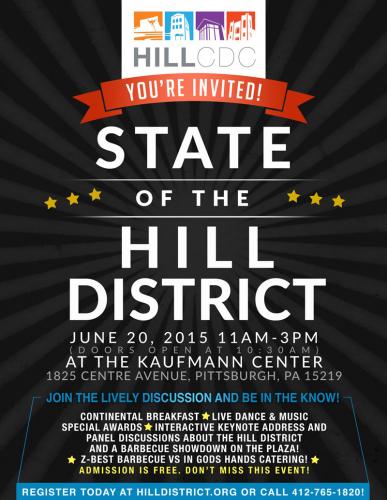 We have an amazing day planned for you!  From lively performances by Hill Dance Academy Theatre (HDAT) and musician Tony Campbell, to the unveiling of the Centre Avenue Redevelopment Plan, to hot topic discussions...

Getting to the Heart of Community Development:
Do Children & Families, Art & Culture, Health & Wellness, Education and Faith Matter?
Moderated by Michele Cooper of McAuley Ministries

Come and feast on soul food during the BBQ Cook-Off on the Plaza featuring sizzlin’ ribs, chicken and succulent sides when Z Best BBQ faces off with In God’s Hands Catering!  A continental breakfast will be provided by Just in Thyme Catering.

And last but not least, awards will be given to residents and stakeholders during a special ceremony.

Come celebrate recipients of the inaugural State of the Hill District Awards recognizing residents and stakeholders who have demonstrated care, excellence and/or commitment to the Hill District.

Honorees for this year include community members worked tirelessly on behalf of the entire neighborhood during the Lower Hill District negotiations, as well as other community collaboration and Hill CDC support efforts.  When you see them, congratulate them!